Playoff football is where we find out who the toughest-minded team is. The Patriots weren’t always the most talented teams. They did, however, play team football and mentally prepared each season as if it was expected. The toughest team survives. The wildcard round features the leagues hottest teams. The Seahawks, Cowboys, Bears, Eagles, Colts, Texans, Chargers, and Ravens are a combined 49-13 since week 10. Everything is elevated. The fans are louder, the play on the field is faster, injuries are non-existent because the adrenaline is too much. Playoffs begin Saturday, January 5th with the Texans and Colts meeting for the 3rd time this season. 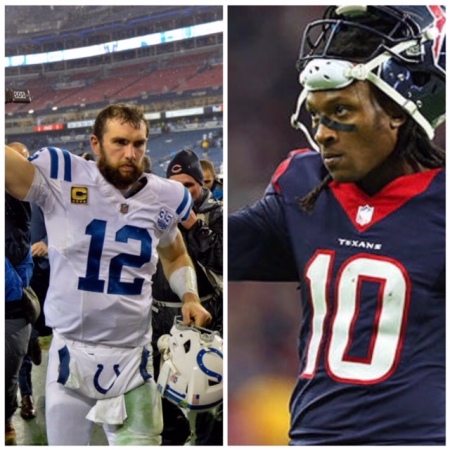 The Texans and Colts each started 1-3 going into their first matchup. Deshaun Watson torched the Colts defense throwing for 375 yards and 2 scores. His most venamous snake is WR Deandre Hopkins. He is easily the most underrated WR in the league and he blew up for 169 yards and 1 score in their first matchup. Hopkins has 115 catches this season and ZERO drops. ZERO. This matchup is much different because that Colts team is a lot different from this confident group led by a healthy Andrew Luck. With all the success the Texans have had, Andrew Luck and the Colts are on the hottest team right now. They win this game and move on to play the Chiefs.

Once called America’s Team, the Dallas Cowboys finally have a legit chance at making a SB run. Many people questioned Jerry Jones for giving up a 1st round pick for Wide Receiver Amari Cooper. They are 7-2 since they made the move to get Cooper, including a 200 yard, 3 TD game. They go head to head with Seattle. Seattle is also a team playing out of their minds. As we’ve seen in the past, a confident Russel Wilson is a very scary thing for opposing teams. They have won 6 out of their last 7 games. The connection he has right now with Doug Baldwin is the most impressive we’ve seen in their years together. Wilson has 35 TD to only 7 INT playing at an MVP level. I take the Seahawks in this one. If Patrick Mahomes and Drew Brees weren’t popping out mind-boggling numbers, Wilson would be a sure bet to win the MVP.

The Ravens and Chargers met Week 16 and a great defense took down a great offense. The Ravens defense had Rivers uncomfortable the whole game. The Ravens ability to tackle in the open field was jaw-dropping that day. The second time around, against a future hall of fame QB, the Chargers go into Baltimore and beat the rookie QB in his own backyard. Another key piece for the Chargers is former 2nd round pick Hunter Henry making his return from an ACL tear on the first day of OTAs. Impressive recovery time for the young TE. The Chargers now have red zone targets across the board with Gates, Henry, Mike Williams, and Keenen Allen. The Chargers have a top 10 defense and a rookie QB hasn’t beat a top 10 Defense in the playoffs since ’08. Coincidentally, that was Joe Flacco and the Ravens. 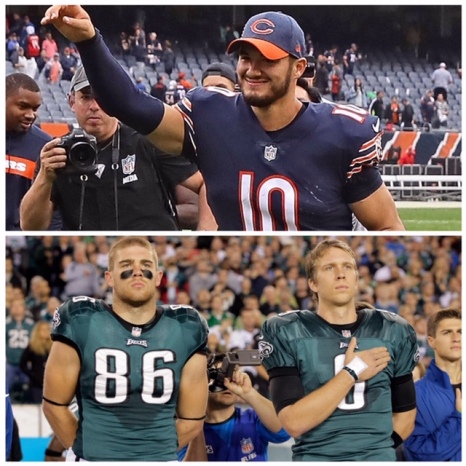 The Eagles are so much more inspired with Nick Foles running the offense. A great problem to have if you are the Eagles, with Wentz and Foles. Unfortunately, they’ll need to move on from one of them. Foles will likely get a big payday this offseason. Now he takes on the Bears in Chicago. The Nick Foles storybook ending isn’t going to have the same feel this year having to face Khalil Mack and that potent Bears D. There season comes to an end this Sunday at the hands of Mitchel Trubisky and the new-look Bears.

This first round can be the most entertaining round of the playoffs. Most of these teams have had to play at a playoff-level for weeks just to make the playoffs like the Ravens, Colts, Eagles, and Seahawks. We’ll see if that helps them moving forward against the higher seeds. Should be a very entertaining opening round.