It’s crazy to think that had it not been for the coaching of Nick Nolte in Blue Chips and starring next to Shaquile O’Neal, Penny might not have gone to the Magic. Shaq had such high praise for Penny during the filming of the movie, Magic held a private workout with Penny and was blown away. The consensus pick that season was Chris Webber from the Fab 5 at Michigan. The Magic drafted C-Webb with the first pick and the Golden State Warriors selected Penny, eventually trading him to the Magic for Webber. 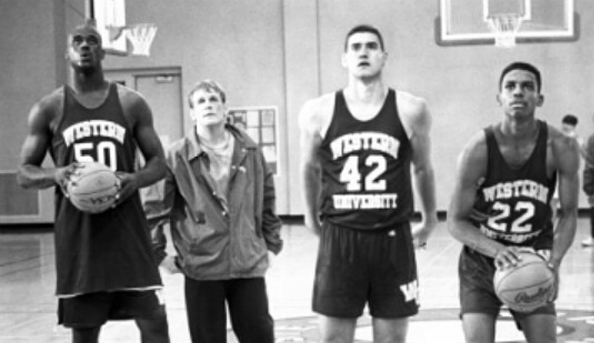 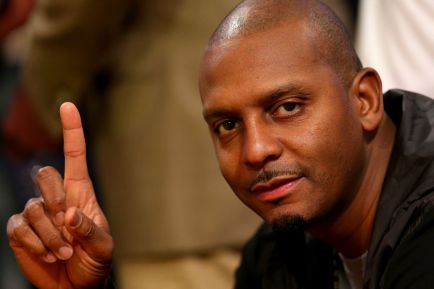 Penny Hardaway was one of the most likeable players in the NBA, and there is no reason to think that is going to change during his next chapter as a college head coach for the Memphis Tigers, also his alma mater. Penny has a huge spot in his heart for Memphis State University, a place where he dominated on the court averaging 20 ppg, 7 rpg, and 6 apg. He was a two-time conference POY and a consensus All-American. Hardaway’s passion for Tiger basketball is off the charts. He loves the city and the opportunity in front of him as the head coach. After an illustrious 15 year career, Penny was waived by Pat Riley and the Miami Heat. Penny was brought into coaching from long time friend Desmond Merriweather, head coach of the Lester Middle School basketball team and Penny became his assistant coach at Lester.

After the start of the season, Merriweather was battling cancer and the chemo got so bad that he asked Penny if he would fill in for the rest of the season. Without hesitation, Penny took the role for his friend. That season Penny led Lester Middle School to the city and state championship. Penny went on to win three consecutive state championships with Lester. Merriweather was there on the bench the whole time cheering him on. When this group of kids were 6th graders they had an idea that they wanted to see these kids through high-school. Most of the kids went to East High School, so Merriweather assumed head coaching duties there, while Penny decided to take a break and go back to be close to his kids in Miami. Then, Merriweather lost his fight with Colon cancer in 2015. Penny watched from the stands as East High School was eliminated in the state semifinals. After the season, Penny vowed to make sure Merriweather’s vision stayed on track, being named the East High School head coach. His first season he went 32-2 and claimed the state championship and they were ranked the No. 21 team by USA Today. Following that season, he took the Mustangs of East High to a 33-3 and finished No. 2 in the country. In Penny’s 5 years as a head coach (3 with Lester and 2 with East), he had five state titles. Young kids seem to be able to share Penny’s vision and that will only benefit him, coaching amongst giants now.

The Memphis athletic department needed to make a major splash in their head coaching search. They have a giant arena that holds 18,000 people and coach Tubby Smith averaged just over 6,000 per game the past two seasons. Four years ago Memphis was top 10 in attendance averaging 16,000 per game. It had been slipping at a drastic pace, so drastic, they had to fire Tubby Smith before it hit triple digits in attendance per game. Penny is first looking forward to turning around the attendance numbers. Winning changes everything.

I look forward to the fans coming back to the FedEx Forum, packing the house like we did in the Coliseum and in the Pyramid. – Penny Speaking on the Decline in Attendance 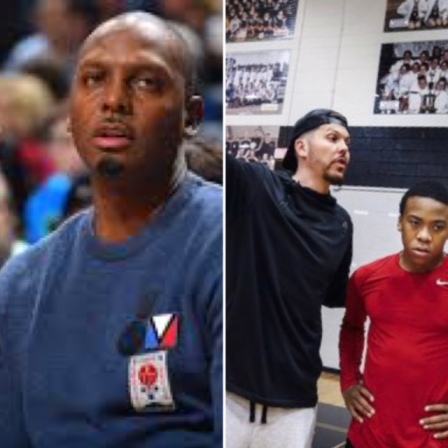 His relationship with top recruits in the country is very special. Penny took his talents even further by coaching an AAU team called Team Penny, which included top 10 player James Wiseman, a 6’10 player that played for Penny at East. Penny has Memphis in play with the likes of Kentucky and Coach John Calipari, Sean Miller at Arizona, Bill Self and Kansas, Roy Williams at North Carolina, and Coach K at Duke. Hardaway wasted no time trying to go “all-in” with recruiting.  Penny brought in a former NBA champion Mike Miller. Combined, the two coaches played for 31 years in the NBA. Of the top 65 players in the 2019 recruiting class, five of them are deeply tied to Penny or Miller. No. 1 James Wiseman, No. 14 Trendon Watford, No. 30 Kira Lewis, No. 37 DJ Jeffries, and No. 65 Chandler Lawson. If Penny can land even one of these guys, that is a major score for a coach in his first year recruiting. Something Sean Miller, John Calipari, and Coach K have in common is that they never stop working. Once the season ends, the work gets much harder. The travel miles add up with the in-home visits to different families once March Madness is over. To Penny, it’s about the city of Memphis and repaying the city back for what it taught him in life. In an article published by The Undefeated, Hardaway had nothing but love for Memphis.

I’m not just coming here to be a face… I’m coming here to make a difference, with the help of getting the fans back in the stands like it was back in the old-school days. I am dedicated to this team that just finished this season. Like I told those kids in the locker room, it was kind of unfair a little bit to them that nobody really showed up, but those days are gone. Also bringing some really good talent here that the city of Memphis would love to see on a nightly basis.- Penny Post Hire News Conference

Miller and Penny’s networking through the AAU circuit is tremendous. They way they have built relationships with a lot of these younger kids is going to jump-start this program. Young kids would be pumped to play for two younger coaches that know what it takes to play at the next level. If Memphis wants to stay relevant, they have to continue to recruit high-end talent, meaning NBA-caliber type of players. Who better to transition them to that life than Mike Miller and Penny Hardaway? Absolutely scary how good this move will be in about 2-3 years, if not this next year. We’ll have to see how recruiting shakes out, for now it’s fair to say the major coaches in college hoops better circle Memphis on the calendars.